Taking the No. 1 spot and becoming the most-watched K-pop music video for the month of July is Charlie Puth and BTS Jungkook’s collaboration song “Left and right.”

“Left and Right” is the third single released as part of Charlie Puth’s upcoming studio album “Charlie”, and was written by Charlie Puth and Jacob Kasher, the former also serving as the song’s producer. Lyrically, the song focuses on memories of a past love and how one can become absorbed in thoughts of that past relationship.

“Left and Right” also marks Jungkook and Charlie Puth’s second collaboration, following their collaboration for “We Don’t Talk Anymore” at the Genie Music Awards in 2018.

IN CASE YOU MISSED IT: Charlie Puth Reveals The Meaning Of The “Left And Right” MV With BTS Jungkook – Here’s What It Stands For

Following the release of the collaboration song, “Left and Right” enjoyed domestic and international success. The song peaked at No. 15 on Circle Chart (formerly Gaon Chart) and No. 27 on Oricon.

It also entered numerous Billboard charts around the world, but most significantly at No. 5 on Billboard’s Global 200, No. 21 on Adult Pop Airplay, and No. 22 on Hot 100 and Pop Airplay. It also landed at number 41 on the Official UK Singles Chart.

ITZY and their latest lead single”SNEAKERS.”

“SNEAKERS” was released most recently on July 15 and has since amassed 84,150,052 views on Youtube 16 days after the song was released.

The song is the lead single from ITZY’s sixth mini album “CHECKMATE,” which was released on the same day. “SNEAKERS” is an electro-pop track produced by JYP Entertainment founder JY Park (Park Jin Young), and written by Jessica Pierpoint, Didrik Thott, Sebastian Thott, Ogi (Galactika), and Friday, among others. 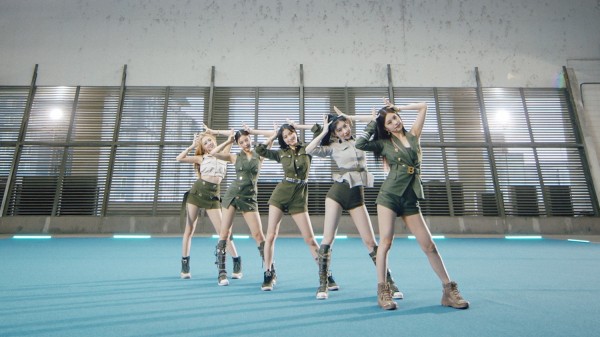 After the song’s release, “SNEAKERS” reached No. 29 on the Circle Digital Chart and No. 71 on Billboard’s Global 200. The song also entered several Billboard charts in different countries, including Hong Kong, Indonesia, Japan, Malaysia. , Singapore, South Korea, Taiwan and Vietnam.